ICEJ Canada is active and engaged in Israel and in Canada. Sign up here for the latest news, events, promos and prayer initiatives from our office in Toronto.

Via Email
1 - 3 times per month
We respect your privacy and will never share your information with any 3rd party.

I want to personally invite you to partner with the Israel Allies Foundation to honour the Right Honourable Stephen Harper, the Former Prime Minister of Canada, by attending a Gala Award Dinner on October 20, 2022.

The Israel Allies Foundation (IAF) is an amazing organization that seeks to strengthen cooperation between Christian leaders and Israel. The IAF is an umbrella organization that coordinates the work of 50 Israel Allies Caucuses in legislatures around the world in order to enhance support for Israel based on shared Judeo-Christian values. They are the only organization supporting Israel that is dedicated to promoting “faith-based diplomacy”, which channels faith-based support for Israel into concrete action. This network includes the Knesset Christian Allies Caucus, the Congressional Israel Allies Caucus, and parliamentary caucuses throughout Europe, Africa, Asia, Australia and Latin America. The IAF provides educational resources about Israel to 1200+ legislators around the world. The IAF also maintains a pro-Israel network which includes Christian and Jewish leaders, faith-based organizations and grassroots efforts and equips them with direct lines of communication and coordination with government leaders worldwide.

Together on October 20th, we will honour the Right Honourable Stephen Harper’s exemplary support for the people, state, and nation of Israel. Stephen Harper was elected Prime Minister of Canada three times between 2006 and 2015. He distinguished himself as a strong public voice in support of Israel as it battled Hezbollah during the Second Lebanon War and Operation Protective Edge in Gaza. Under Harper’s leadership, Canada also supported Israel at the UN by pulling out of the Anti-Semitic Durban II Conference.

Please partner in this wonderful cause by going to www.israelallies.ca and sponsoring a table or purchasing individual tickets to this event held at Canada Christian College 300 Water Street Whitby ON. VIP Reception 6 PM – Dinner 7 PM

I look forward to seeing you at the Gala Award Dinner.

in cooperation & co-sponsorship with: 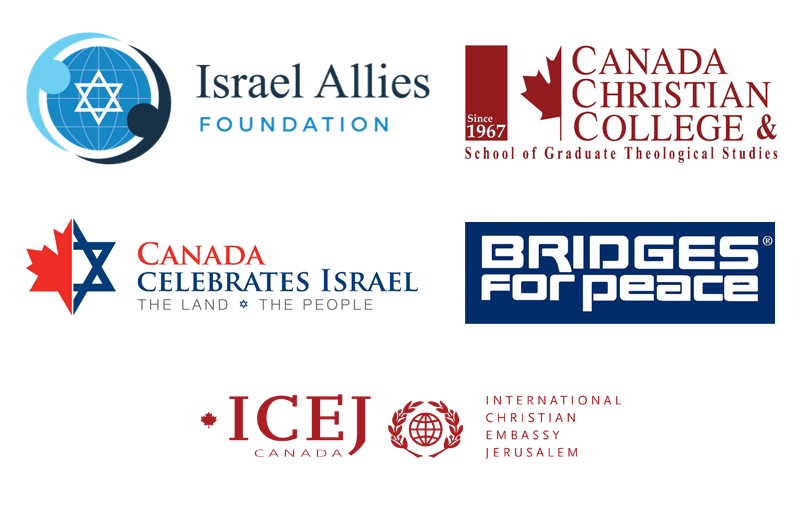